Taxes, Both High and New, Create Uncertainty In the Market 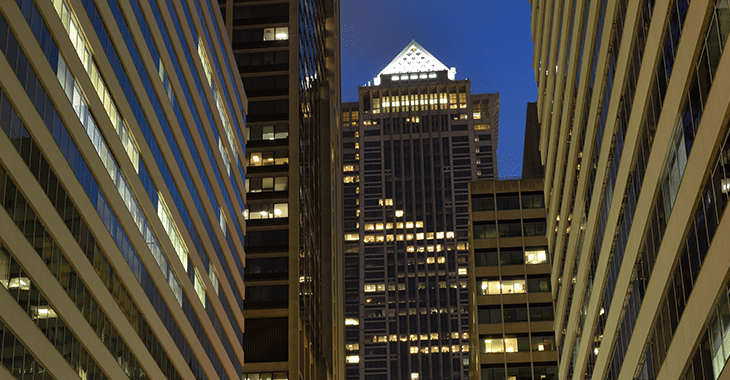 The taxable assessed land values on 87 office buildings in Center City rose by 95 percent between 2017 and 2019, according to an analysis conducted by JLL, and the increase translated into adding just 4.8 percent to the assessed value of these properties.

Taxable land accounted for a significantly higher percentage — 17.3 percent— of assessed value in 2019 than it did in 2017 when it was 12.5 percent, according to JLL. “Over these two years, taxable land has increased in value by 95.2 percent, as the value of taxable

These changes in values come as a result of Philadelphia’s reassessment process. Two years ago, the city’s Office of Property Assessment, undertook the daunting task of reassessing 65,000 commercial properties. The effort sought to have real estate assessments reflect current sales and market values, which have increased in recent years, and to have each property type — hotels, apartments, offices, industrial- have comparable assessments.\ However, with some properties, the numbers just didn’t seem to add up. Many land values rose disproportionately while the structures on the land, which generate the revenues of a commercial property, were either unchanged or slightly changed.

This has caused many commercial property owners to appeal their assessments and adds to a consistent narrative or at least the perception that Philadelphia is “tax happy,” as Les Cranmer of Savills Studley said at a forum held last week by the Philadelphia chapter of NAIOP called “The 2018 City Budget & Philadelphia Real Estate Taxation.”

In addition to assessments that don’t seem to be uniform, the debate over the tax environment in Philadelphia is reaching a fever pitch in light of the possibility of adding a new 1 percent construction tax, phasing out the 10-year tax abatement, and possibly increasing the transfer tax. All of which has inserted a degree of uncertainty into the market. The NAIOP forum highlighted the perils of the uncertainty along with the implications of Philadelphia continuing its trajectory of taxing jobs through wage and other taxes.

There is a direct correlation between job growth, the loss of middle income and working-class jobs, and the city’s staggering poverty level, said Paul Levy, CEO of Center City District. “Poverty is a result of the city’s slow growth,” he said.

The city needs to find practical solutions to these disparities in Philadelphia and avoid the politics of resentment driving some of the policies and decision-making taking place in City Council, Levy said. If there’s a bias, he said, it should be a bias “for growth” and for seeking solutions to drive that growth. By way of example, Levy pointed to how the tax abatement is adding to the city’s coffers.

“Those tax abatements are yielding their dividends,” he said. As the 10-year abatement burns off of 4,700 residential units, it is generating $48 million in new revenues. Those new revenues can be used to fund affordable housing rather than implementing a construction tax to do just that.